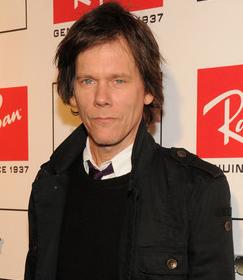 The couple became investors with Bernie Madoff, who is accused of running an elaborate Ponzi scheme that duped investors out of potentially $50 billion.

Allen Eichorn, who is the representative of Kevin Bacon, revealed: “I can confirm that they had investments with Mr. Madoff – no further specifics or comment beyond that.”

As for reports that the couple lost everything except for their checking accounts and the land they own, the representative said, “Please, let’s not speculate or rely on hearsay.”

Other Hollywood elite have also been victimized by the fraudulent money manager: Steven Spielberg’s Wunderkinder Foundation was hit, and DreamWorks’ Jeffrey Katzenberg has lost “millions,” according to a report.