Kim Kardashian is accused by the fans that she waxes her baby’s eyebrows after posting a photograph on Instagram page. 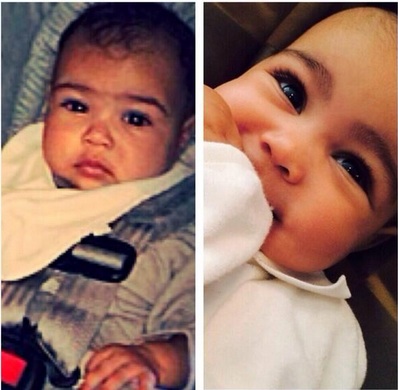 A fan asked if the socialite did her baby’s eyebrows and advise that she should stop it since it is out of control. The reality television star is very quick to deny the waxing claims and to joke that she would wait until she’s at least 2 1/2. But she insists that her daughter’s eyebrows are thick, natural and amazing so it is pretty sick for people to insinuate the waxing speculations. Her representative also denies the accusations and reveals that the waxing claims are completely false. Meanwhile, North West appears to have a splitting image of Kim and Kanye in the Instagram photo on December 16.