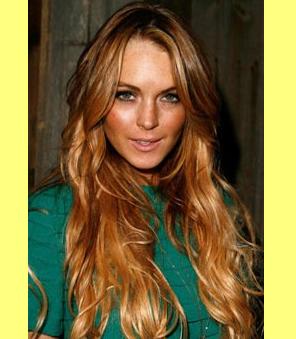 The “Freaky Friday” actress, who wrote a post in her blog entitled “Political Blog,” revealed: “I am concerned with the fact that Sarah Palin brought the attention to her daughter’s pregnancy, rather than all world issues and what she believes she could possibly do to change them – if elected. I get Sarah Palin’s views against abortion, but i would much prefer to hear more about what she can do for our country rather than how her daughter is going to have a child no matter what.”

The actress even shared a piece of advice: “Maybe focus on delivering some words and policy with stronger impact like Joe Biden.”

She also wrote: “I heard a woman say on TODAY on NBC that teens are feeling as if they have to grow up faster. Really? Because, i think that girls that are CHOOSING to be s*xually active and are making a conscious decision to grow up faster….. I think that parents need to recognize how important it is to talk to their children about the things that can result from being sexually active if they aren’t protecting themselves (birth control, condoms, etc.)”

It also appears that politics is not the only concern of the 22-year-old actress since she also used her blog to express her love for girlfriend Samantha Ronson, listing her current mood as “smitten” and signing off with “ILY” – the popular abbreviation for “I love you.”

Lindsay Lohan, who dedicated a song “Trouble” by folk singer Ray LaMontagne, which contains the lyrics, “Well I’ve been saved by a woman/She won’t let me go” and “She gave me love and affection/I said I love her/Yes I love her,” indicates in her blog: “This song is for you sr…ILY.”

And in another show of affection for Samantha Ronson and Lindsay Lohan, who is currently filming Ugly Betty in New York City, made an online plea for help finding Dixie Cup ice cream. She wrote: “so, samantha and i are looking for DIXIE CUPS… does anyone remember them??? I have to have them before she gets back.”