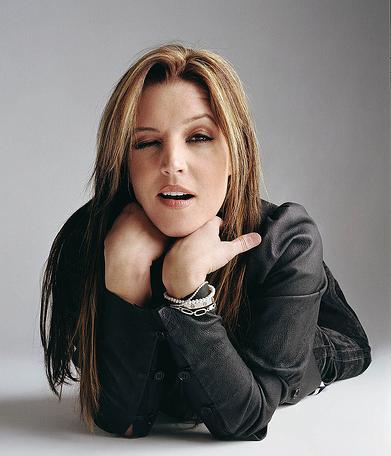 The singer/songwriter, 40, proudly displays her burgeoning belly in the September issue of Marie Claire magazine. She says the photos are her way of firing back at people who had posted unflattering photos of her and accused her of having an unhealthy eating habit.

Lisa Marie Presley, the only daughter of the King of Rock ‘n’ Roll Elvis, claimed that “the tabloids were going so far as to alter photos. I could never figure out why they went to all that trouble to make me look fat.”

The 40-year-old star revealed: “There are at least six other famous women pregnant right now who aren’t getting picked on. But they’re all over me. It’s like there is a campaign to demean me.”

She revealed in the publication: “You know what I think when I see those fat photos? I am not going to let them control me. I just let it all hang out. You want to look at me? Go ahead and look.”

Lisa Marie Presley and husband Michael Lockwood are expecting their twins in the fall. They would be her 3rd and 4th children; she has two teenage children with former Danny Keough.