Madonna is planning to show off her new boyfriend Jesus Luz at the Oscars. 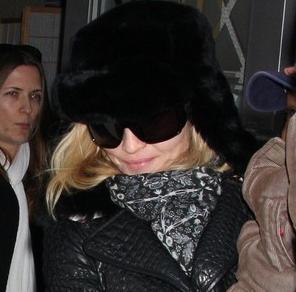 The 50-year-old singer reportedly wants to flaunt the 22-year-old Brazilian model at the after-parties which follow the prestigious awards ceremony on Sunday.

A source said: “Madonna and Jesus have spent all week planning their outfits for Oscar night. Madonna is planning on using the Vanity Fair party to introduce Jesus to the world as her new boyfriend, and she wants everything to be perfect!”

Madonna is hosting an exclusive bash with Demi Moore and her manager Guy Oseary, but she also plans to look in on several other events.

The pop star is keen to prove she is committed to Jesus, following claims the “Hung Up” star is only romancing the hunk to make estranged husband Guy Ritchie jealous.

The source added to OK! magazine: “She’ll put to rest any rumor that Jesus was ‘just a model’ when they appeared in that racy W magazine photo shoot. Madonna and Jesus’ romance is real.”

This isn’t the first step Madonna has taken to show she is smitten with Jesus.

Earlier this month, she introduced him to two of her children – daughter Lourdes, 12, and adopted son David, three.

Madonna – who also has an eight-year-old son, Rocco, with Guy – was spotted having dinner with Jesus and her kids in a New York steakhouse.