Matt Damon is talking about Presidential candidate John McCain’s choice for Sarah Palin as a vice presidential running mate, revealing that the idea is “Absurd…like a bad Disney movie.” 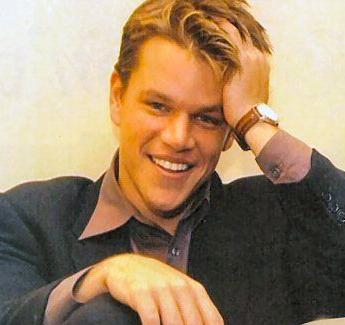 The current interview of Matt Damon, which is appearing all over the internet on YouTube, caused a lot of reaction.

Here’s a brief rundown of what Damon said that is causing all of the buzz: “I think there’s a really good chance that Sarah Palin could be president, and I think that’s a really scary thing… I think the pick was made for political purposes… Do the actuary tables and there’s a one out of three chance, if not more, that McCain doesn’t survive his first term and it’ll be President Palin…”

He continues on adding, “It’s like a really bad Disney movie. The hockey mom, you know, ‘oh, I’m just a hockey mom from Alaska’ and she’s president… and she’s facing down Vladimir Putin and using the folksy stuff she learned at the hockey rink… It’s totally absurd… it’s a really terrifying possibility.”