Mel Gibson’s hot head may have landed him in legal trouble again, following an alleged violent encounter at a Los Angeles club. 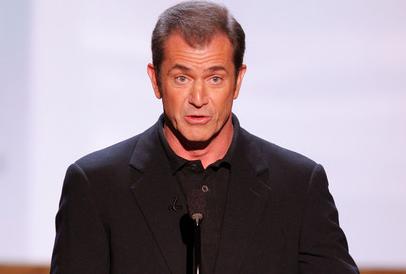 The Lethal Weapon star is accused of attacking a man who tried to take photos of him and his pregnant girlfriend Oksana Grigorieva at the launch of Playhouse on Wednesday evening.

The couple – who are rarely seen in public together – appeared to be enjoying themselves in the hotspot’s VIP section, even happily posing for some pictures together.

But the mood turned sour when a magazine reporter, posing as a fan, took snaps of them, according to Hollyscoop.com.

Mel’s minders were said to have confiscated the camera and deleted the photos, prompting the persistent journalist to send a male friend to get another shot.

The actor allegedly flew into a rage and attacked the clubgoer before storming out.

A source tells Hollyscoop: “Mel approached the guy who tried to take his picture and ripped his shirt.”

The website also claims the unidentified man then made his way to a local police station to file a report against Gibson.

It’s not the first time Mel has hit the headlines for troublesome behaviour – he was arrested in 2006 for driving under the influence.