The Jonas Brothers are lending their star power to a cause close to their hearts. 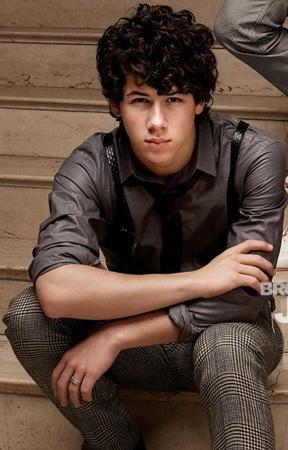 The band has partnered with Bayer Diabetes Care to offer encouragement to young people with diabetes and spread awareness about the disease, with which Nick was diagnosed at age 13.

During the press conference in New York, the 15-year-old singer revealed: “I thought, ‘Why me?’ I didn’t know how to handle it.” The pop star was diagnosed with type 1 diabetes in November 2005, after experiencing sudden weight loss and behavioral changes.

Nick Jonas added: “I didn’t know anyone with diabetes. There was no familiar face in music or sports that I could connect with … [but] I started to see it as an opportunity to be an inspiration to a generation that doesn’t openly talk about having diabetes and not feeling embarrassed by the disease.”

That means checking his blood sugar levels whenever necessary – even while performing. His 20-year-old older brother Kevin also revealed: “At a concert a couple of days ago Nick had a low onstage. He said, ‘I need a second to stall,’ so I kept talking [to the audience] until he gave us the sign that he was O.K.”

The message Nick Jonas hopes to share with others? He added: “To be able to live my dream by being in a band shows that anything is possible. Even if you have diabetes.”