Just days after his feud with the Black Eyed Peas, Perez Hilton has found himself on the defensive again, this time for a posting on his Web site about Michael Jackson. 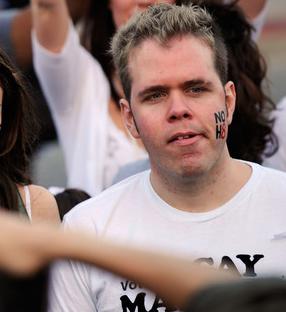 After the first reports about Jackson’s failing health, Hilton wrote that he doubted Jackson had gone into cardiac arrest. In a post that has since been removed from his website, the celebrity blogger speculated that Jackson was pulling a stunt to get out of his upcoming concerts in London.

Hilton’s skepticism, of course, proved unfounded — and many have called for a boycott of the blogger. Hundreds of users on Twitter have urged others to “unfollow” Hilton on the microblogging service. Pete Wentz of the band Fall Out Boy was among the celebrities who chastised Hilton.

He did, though, tweet many times about the situation, claiming that he was owning up to his mistake and that he was “genuinely feeling sorry that he died and sorry for his kids.”

On Thursday, Hilton apologized for using a gay slur during a nightclub altercation Monday with Black Eyed Peas frontman Will.i.am. The altercation resulted in the band’s tour manager being charged with assault for allegedly punching Hilton.

Hilton apologized after the Gay and Lesbian Alliance Against Defamation pressed him to apologize.