Kendra Wilkinson, who was previously reported to be moving out of the Playboy mansion, is engaged. 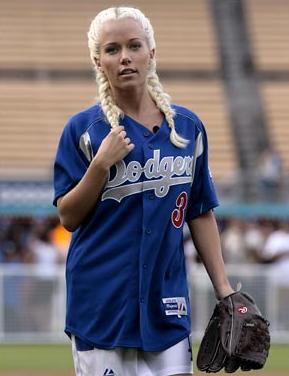 The blonde beauty, who recently announced she is planning to move out of the Playboy mansion that she shares with former boyfriend Hugh Hefner, was at Seattle’s Space Needle tower with new lover, American football player Hank Baskett, when the sportsman proposed, according to a report.

An onlooker revealed: “Both Kendra and Hank’s families were present for the proposal, and Kendra seemed completely shell-shocked when Hank got down on one knee and popped the question with a big diamond ring.

The onlooker added: “She said yes straight away and couldn’t stop smiling.”

While Kendra’s representative could not be reached for comment, a close friend of the former Playboy playmate confirmed: “It’s true!”

Hugh, 82, is currently auditioning for new girlfriends to move into the Playboy mansion with him and his remaining girlfriend, Bridget Marquardt, 35.

He recently claimed that 19-year-old twins Kristina and Karissa Shannon, who he regularly goes out with, will “probably become my girlfriends”.