Britain’s Princess Beatrice has reportedly been approached to star in a reality television show. 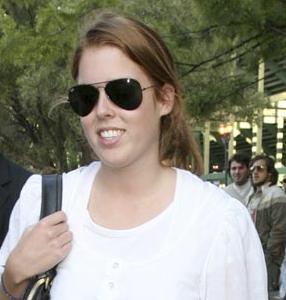 The 19-year-old royal has been asked to appear on “I’m A Celebrity… Get Me Out Of Here!” which features stars living in the Australian jungle and tackling challenges including eating bugs and being covered in rats.

[Princess] Beatrice is reportedly a fan of the series, and bosses are keen for her to take part.

A show source revealed, “We heard Beatrice always watches the show. She would be fantastic on it. We think she’d really shine and the public would love her.

We heard [Princess] Beatrice always watches the show. She would be fantastic on it. We think she’d really shine and the public would love her.

The source continued, “Her mother always comes across well on TV so we think Beatrice would be a natural. The offer will definitely be there if she wants it.”

However, royal insiders believe Beatrice is unlikely to be allowed to accept the offer, saying: “She is fifth in line to the throne and consorting with D-list celebs and munching witchetty grubs on prime-time TV is not exactly something her grandmother the Queen would be likely to approve of.”

[Princess] Beatrice’s mother, Sarah Ferguson, the Duchess of York, recently appeared in a documentary called “The Duchess in Hull” and also starred in a celebrity version of “The Apprentice” in America. She has also made cameo appearances in sitcoms “Friends” and “The Vicar of Dibley”.