Princess Beatrice was asked to show proof of her age when she visited a posh nightclub. 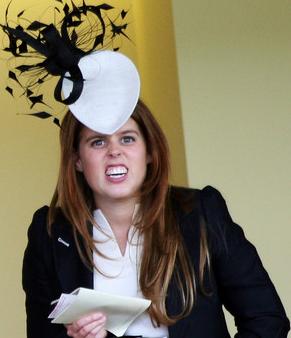 The 20-year-old royal had to produce ID after an Australian bouncer did not recognize her.

Flame-haired Princess Beatrice handed over a card which showed her full name preceded by HRH.

Karla Vetter, who is the assistant manager at The Jam House in Edinburgh, revealed: “Our customers have to be 18 and I hope she was flattered that our man thought she might be younger.”

The assistant manager added: “I immediately recognized her when she came in so I took her and her group of friends upstairs to our VIP area.”

The royal settled the £200 bar tab before leaving shortly before 3am.

One onlooker revealed: “She came in with a few friends, male and female, and introduced herself as Bea. She was very courteous and polite.”