A representative for Lindsay Lohan is wasting no time to hit out at speculation that the actress is battling an eating disorder, claiming she loses weight due to stress. 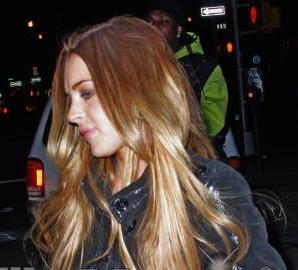 The representative revealed: “Lindsay is aware that she’s lost some weight due to stress, but we recently did a photo shoot and she ate two full meals.”

Meanwhile, rumor has it, Lindsay’s dramatic weight loss may have something to do with her rocky relationship with lesbian lover, DJ Samantha Ronson. The representative doesn’t comment on that matter though.

Lindsay Lohan sparked fears for her health after she’s been photographed flaunting a very skinny figure recently, prompting people to speculate that she is battling an eating disorder. In fact, weight loss issue isn’t something new for Lindsay. Back in 2005, she publicly acknowledged in an interview with Vanity Fair that she had previously made herself sick in a bid to lose weight.