Robert Pattinson, who shot to fame with his role as Edward Cullen in Twilight, was rumored to be infatuated with a stripper. According to a magazine report, the attention of gorgeous co-stars and red-blooded women the world over, has failed to quench Rob Pattinson’s thirst for affection. 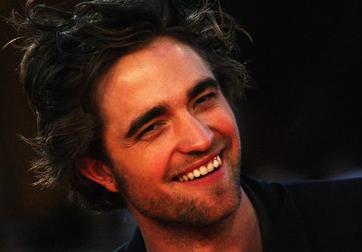 In the May 18 issue of Star, the report revealed that as if British hunk doesn’t have enough ladies in his life with his Twilight costars Nikki Reed and Kristen Stewart both crushing on him, he’s added another woman to the mix — a stripper!

While shooting New Moon in Canada, he’s made not one but two trips to Brandi’s Exotic Nightclub in Vancouver, where he became infatuated with a curvaceous dancer named Kendra. The night they met, Rob followed the hot blonde into a private room for a lap dance and he must have liked what he saw because he returned asking for her two days later.

One insider at Brandi said about the object of Rob’s affection: “She’s very pretty and very sexy. She reminds me of Bo Derek in 10.”

The Star magazine got the complete story, including all the details about what went on with Kendra, whether or not Rob was a good tipper and an update on the Nikki/Kristen/Rob triangle.