The British actor thinks his newfound fame funny, explaining that his teen girl fans “would say, ‘Oh, my God, you’re Cedric!’ It switched in a week to ‘Oh, my God, it’s Edward!” 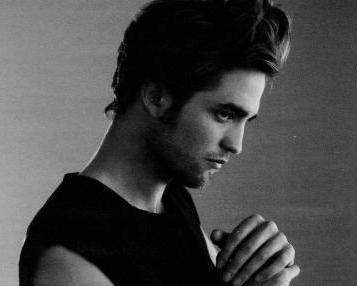 Robert Pattinson sticks to keep himself grounded despite his newfound stardom, telling Interview Magazine that he tends to consider his popularity as a funny thing. “It’s funny because teenage girls would say, ‘Oh, my God, you’re Cedric!’ It switched in a week to ‘Oh, my God, it’s Edward!’ ” he explains. “Allegiances change so freely in the teen-girl world.”

Prior to his role as Edward Cullen in “Twilight,” Robert Pattinson starred as Cedric Diggory in “Harry Potter” film franchise. He, in the meantime, is waiting in anticipation for the U.S. release of the much awaited “The Twilight Saga’s New Moon,” which is slated for November 20 U.S. release.

Meanwhile, Unveiled last night at the MTV Music Awards, and currently spreading online like a blood-borne virus, the New Moon clip offers fans of the surprise blockbuster a succulent taste of what’s to come. A birthday party gone horribly violent as a result of a paper cut and undead heartthrob Edward (Robert Pattinson) offering his mere mortal paramour Belle (Kristen Stewart) the ultimate kiss off: “This is the last time you’ll ever see me,” he says.

Breaking up is always hard to do, but when stylishly dressed, bloodthirsty creatures are stalking you, it’s a real bummer. Aside from various gothic fashions on display, the trailer’s most significant tease is the brief unveiling of the hunkiest werewolf in romantic horror. Once human character Jacob Black (newcomer Taylor Lautner), who takes on a greater role in the sequel as a rival love interest for Bella, transforms not just into a menacing canine in the clip’s finale, but moments before, as a beefed-up stud.