Twilight heartthrob Robert Pattinson isn’t looking forward to reprising his blood-sucking role in the hit film’s sequel “New Moon” because he has to wear uncomfortable contact lenses for the part. 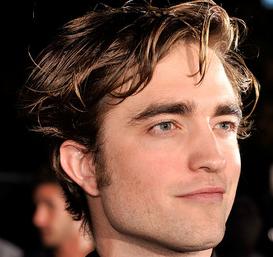 The British star played vampire Edward Cullen in the box office adaptation of Stephanie Meyer’s cult book, and has signed a multi-million dollar deal to play the character again in the franchise’s second outing in 2010.

But he is dreading preparing to shoot the new venture – because wearing his character’s topaz colored contacts is such a painful ordeal.

He revealed: “Wearing colored contact lenses… It was like I constantly had sand in my eyes. I was wearing them for three months constantly and my eyes never ever accepted them! It took me 20 minutes per eye every single day and I ended up having to literally fold it into my eyeball.”

And the star believes the dreaded lenses may inhibit his acting skills because he couldn’t properly portray his character’s emotions due to the “two orange blobs” in his eyes.

He continued: “It was frustrating as well because normally your eyes are saying something, but if you’ve got two orange blobs in your face it’s so annoying!”

He added: “The director (Catherine Hardwicke) would say, ‘Look at her (Kristen Stewart) like you love her,’ and I’d be like, ‘I’m trying!’ I’m going to have to do it again because we’re making the sequel next year.”