Robert Pattinson, who was drunk, was asked to pose with a fan in Montreal, Canada. 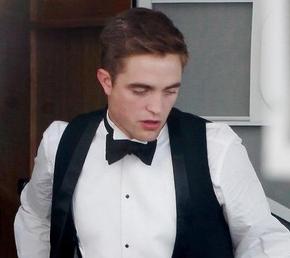 Although “Twilight” cutie was very drunk when the fan photo was taken, Robert was very nice and looked very cute.

Robert rushed to Canada to be with his rumored girlfriend Kristen Stewart just days after wrapping his film, “Water for Elephants.”