Hollywood beauty Scarlett Johansson graces the cover of the February issue of Harper’s Bazaar. To the magazine, the 24-year-old actress reveals that she was very embarrassed when Barack Obama denied having sent her an e-mail. 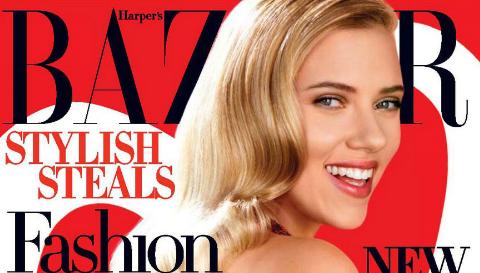 Last year, Scarlett became the center of media attention when she claimed that she and Obama were in “personal dialogue” after sending him an email that showed her support. The President-elect, however, denied it, claiming his assistant had only forwarded one message to her.

“The Spirit” actress revealed: “He released the statement – his camp had to; they’re on a 24-hour news cycle and have to quell anything that comes in that is questionable. I was really mortified, but I learned my lesson.”

She also admitted that she was angry when media reported that she had a crush on Obama, saying: “Talk about sexist. If I were George Clooney, they would never have written that. I was obviously in a relationship and people were like, ‘How dare she try to break up his marriage with Michelle?’ I was like, ‘What the hell is going on?'”

Here are other highlights of her interview:

On her engagement to Canuck cutie Ryan Reynolds: “I wasn’t surprised that it was happening, but anyone being presented with a beautiful diamond ring, as a girl, you just squeal with delight. You say you can’t believe it, but of course you really can.”

On cheering on Ryan from the sidelines during the New York City Marathon: “I went to some random spot and saw everybody going past. It was really incredible. I’m a horrible runner; I can barely put one foot in front of the other. I saw that J.Lo did a triathlon and I’m like, Damn, girl, you just had twins! It’s amazing. I’m so not a sporty spice; I’m a stay-at-home-and-veg spice.”

On the press rumors that she’s pregnant: “I got these calls that I was engaged way before it happened. I’ve also been pregnant several times. With, like, sextuplets. That must mean I’ve been eating way too many bagels or something. I’m not pregnant and I’m not going to be anytime soon.”

On her dream role: “Every actor wants to work on a Western. I would run a brothel, like a madam or something. I’m working with what I got. It’s only so long that people are going to want to see me in a corset. So I might as well do it now.”