Shia LaBeouf has confessed he should never have been behind the wheel of a vehicle the night he crashed his truck in Hollywood last September. 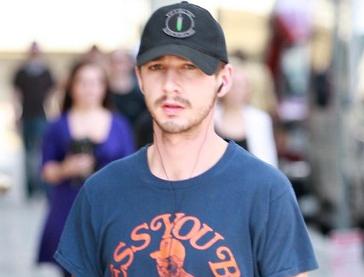 The star was never charged with drunk driving after the accident, even though police suspended his license, claiming the actor had failed to co-operate with them directly after the crash – but he’s coming clean in a new Playboy magazine interview.

LaBeouf, 22, says, “I had a whiskey and three beers. “I’m not going to start speaking on law stuff now and corner myself, but the fact that I ever got into the car was a mistake.”

The star is preparing for his third surgery on his shattered hand, which was badly damaged when he flipped his truck after colliding with another car – and he admits the headline-grabbing smash was a huge wake-up call.

He adds, “I’m in AA (Alcoholics Anonymous) now, too. I’ve had drinks, but it has been a leveling-out process. Am I an alcoholic? I may not be. I don’t know. But I also know that, in the situation I’m in, with temptations what they are, I have no room for alcohol in my life.”