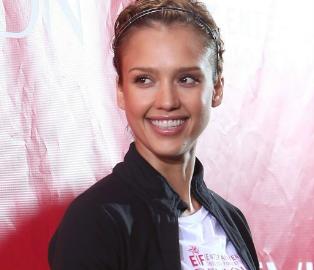 Hosting the Los Angeles event the following week on Saturday, May 9 during Mother’s Day weekend, will be Samantha Who star Christina Applegate along with Miley Cyrus, her mother Tish, Revlon brand ambassador Beau Garrett and Dancing with the Stars‘ Carrie Ann Inaba.

Meanwhile, the actress is keen to expand her family now she’s finally lost the weight she gained as a new mom.

The star gave birth to baby Honor in June and immediately put on weight. She had to race off to the gym to get her pre-baby figure back.

She tells news show Extra, “I worked out. It wasn’t fun. Twice a day. I ate really healthy.”

But now she’s back in shape, Alba wants more kids with husband Cash Warren: “We’ll have a few (kids)… three or four.”