Simon Cowell, who recently split with longtime girlfriend, has sparked reports that he had given 9 million parting gift. Both Simon Cowell and Terri Seymour’s camps have been referring to their recent split as amicable but the question still remains: why $9 million goodbye gift is involved? 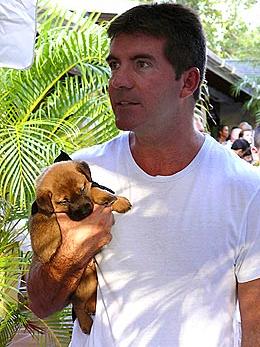 The “American Idol” judge was believed to have given Terri Seymour, who he dated for six years, $5 million cash and another $4.6 to buy a Beverly Hills home just before calling it quits, according to a report.

His representative previously revealed on the recent split: “Terri phoned Simon about six weeks ago and finished it. Simon thinks the world of Terri, and that isn’t going to change. He also understands her reason for ending it.”

According to the magazine, Terri Seymour wanted to marry and start a family, whereas Cowell recently said, “I don’t want to marry anyone, because whoever marries me will end up hating me.”

As for the pile of money Seymour reportedly received: a representative for Cowell simply added: “This isn’t the kind of thing he usually comments about.”