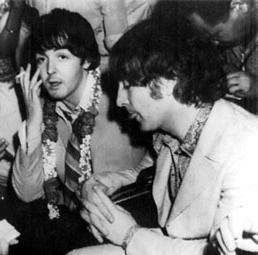 There are claims that John Lennon have had affairs with men as well as women, before and during his marriages to Cynthia Lennon and Yoko Ono – but Paul McCartney only saw him with women.

In an interview for British newspaper, Sir Paul McCartney revealed, “What I spotted was the opposite. It was just chicks, chicks, chicks.”