Steven Tyler, who was rumored to be a possible judge, is going to add “credibility” to the “American Idol” show. 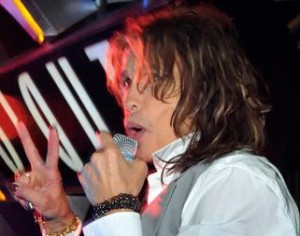 The Aerosmith frontman was very judgmental of the guys in the band. On bringing credibility, he know when he would say to the a young singer, “Don’t bore us – get to the chorus!”

Although Steven already thought to be a great American Idol judge, neither he nor Jennifer Lopez has been signed to be a judge in the reality show.