Will.i.am, who is the member of Black Eyed Peas and political activist, would not be bailing out if Republican presidential candidate John McCain wins the upcoming presidential election. 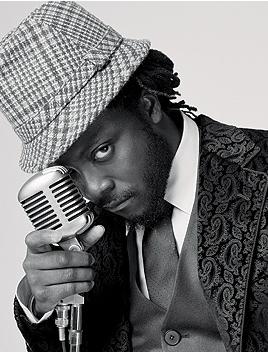 The hip-hop artist, who is a high-profile Barack Obama supporter, revealed that he’s not leaving the U.S.—or the planet—if he’s unhappy with the outcome of November’s presidential election.

During the SHIN restaurant grand opening, he said: “Whether Obama’s president or McCain’s president, it’s still important for people to be just as passionate and just as involved in moving and shaping their communities. I’m going to do that regardless of who is president. You don’t just bail the f**k out.”

He explained: “This political cycle isn’t like Christmas. On Nov. 4, it isn’t like I got my presents, and now I’m not gonna pay attention anymore.”

The Black Eyed Peas main man’s celeb-filled pro-Obama music videos, “Yes, We Can” and “We Are the Ones”, have incorporated the likes of Ryan Phillippe, John Leguizamo, Jessica Alba, George Lopez, John Legend, Kate Walsh, Taryn Manning, Nicole Scherzinger and Common. According to a spokesperson, “Yes, We Can” garnered more than a million views on YouTube and 10 million on host site in its first week

If fans could expect and look forward to more of Will.i.am’s star-studded viral videos? He answered: “Not anytime soon. If I start making songs just like a factory, then they’re not the truth. You have to be inspired to do that kind of stuff, and when an inspiration calls, I’ll answer it and do it again.”