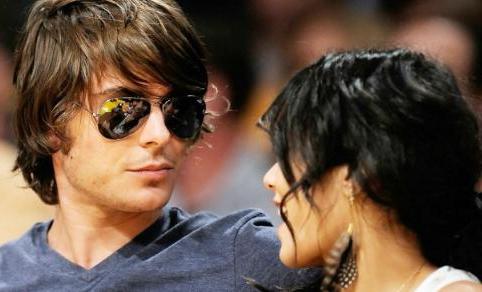 The twosome headed to L.A.’s Staples Center to watch the game between Utah Jazz and the Los Angeles Lakers during the 2009 NBA Playoffs.

Wearing a blue t-shirt and slippers, Zac was photographed cuddling with Vanessa, who looked pretty wearing a white tank top paired with jeans and yellow high heels. The couple showed some affection toward each other during the game.