Ariana Grande admitted that she has a romance with Mac Miller through her Instagram profile. 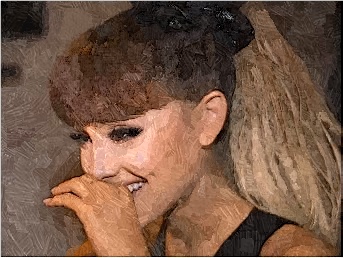 The 23-year-old singer uploaded their picture while they are hugging on the floor with a catchy caption: “Baby.” She also tagged the rapper in the romantic picture. The confirmation was made when the two sparked romance rumors after being spotted and getting close at a sushi place in Los Angeles. They were also seen while strolling together on a New York City sidewalk ahead of the MTV VMA’s last weekend. And they were later seen together at the MTV VMA’s After Party. Meanwhile, Ariana was previously linked to Ricky Alvarez and Big Sean.