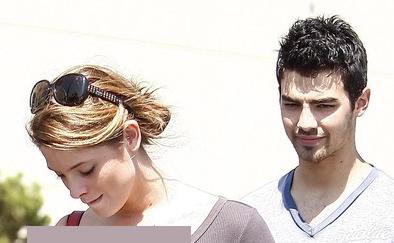 The celebrity pair, which was rumored to be an item, grabbed coffee before hopping into the same car and speeding away from photographers.

Ashley became the host at a pool party at Wet Republic on Saturday before heading to the Teen Choice Awards. She also won the Choice Movie: Female Scene Stealer honors.