Britney Spears has reportedly stripped down, this time out of her underwear and put on quite the show for people that were gathered in a Hustler store in West Hollywood on Sunset Blvd. 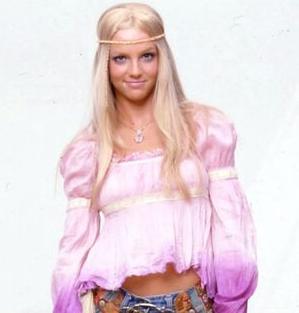 According to a report, the troubled pop singer stunned tourists and patrons of the store when she took off her clothes to change into a pair of underwear right in the middle of the store.

The report indicates that Britney Spears entered the store before 1 a.m. on November 18. The singer loaded up on naughty skivvies and headed to the fitting rooms but store employees “told her they don’t allow people to try on underwear. She was really upset,” according to a source.

The source added, “She looked out of it. There was nothing going on behind her eyes.” Us reports that “At that point, Spears threw a fit, and took off her own underwear before trying on a pair of boyshorts (with “Barely Legal’ stitched across the rear end) in the middle of the store while 15 other customers looked on.”

An eyewitness revealed, “The employees kept saying ‘Don’t change out here!’ She’s just like, ‘Well, I couldn’t take them in the fitting room!’ It was like dealing with a child.”

Britney Spears’ tantrum only continued. The eyewitness added, “The staff told her she had to pay, and she rolled her eyes, but paid with a credit card. As payback, “on her way out, she went up to a mannequin, snatched the wig off the head, and stole it!”