Playing it coy about him being snapped making out with Paris Hilton at MyHouse nightclub on June 11, Cristiano Ronaldo simply says they “had a great time talking.” 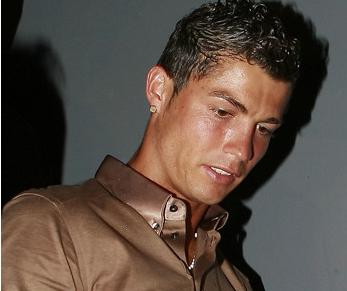 After days of silence, Cristiano Ronaldo finally opens up about the persistent rumors of him dating Paris Hilton. Avoiding to give direct confirmation on the status of their relationship, he revealed, “She was a really cool girl and we had a great time talking.”

“I am a young man and Paris a young lady, and us talking in a club is just what normal people our age do,” he explains about the photos showing him making out with the celebrity socialite at swanky L.A. nightclub MyHouse on Thursday, June 11. “She lives thousands of miles away and is busy, and I am busy in Madrid so I am not sure if we will be able to see each other,” he tells The Sun about the future of their relationship.

Paris herself has been playing it coy about what is really going on between her and the soccer stud. Informing X17 Online they are just friends, she was then quoted as telling Britain’s The Daily Mirror, they are “getting to know each other”. Most recently, she told reporters she’s been booking a holiday trip to Spain to see Cristiano. “I am totally going to Madrid to see him. I love spending time in Europe. They get me there,” so she said.