Rumor has it that Doug Reinhardt is keen to marry Paris Hilton, whom he is currently dating. 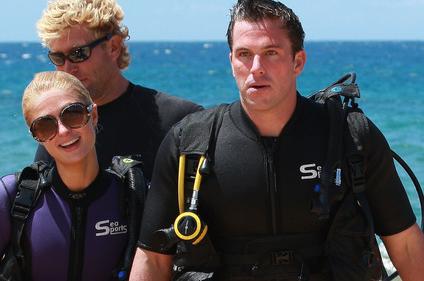 The former boyfriend of Amanda Bynes has reportedly asked the socialite’s dad for permission and is now waiting for the right time to pop the question.

“Doug is smitten with Paris and wants to spend the rest of his life with her,” a source revealed. “He’s already found the perfect ring, asked her father for permission and is now waiting for the right time to pop the question.”

Doug, who stars in TV show “The Hills”, is said to have spared no expense on the ring. He reportedly intends to propose to Paris in Hollywood’s Chateau Marmont’s Bungalow 3.

Paris Hilton recently expressed her excitement of her trip to Maui island along with Doug Reinhardt. “Just got back from an amazing trip in Maui with my sexy boy,” she wrote on her MySpace page. “We had so much fun and it was so relaxing and romantic. I LOVE Hawaii! I went scuba diving for the first time in my life, it was so amazing to see everything that’s under the sea.”