Jennifer Aniston allegedly threatened to pull out of a magazine photo shoot if co-star Jennifer Connelly joined her on the front cover. 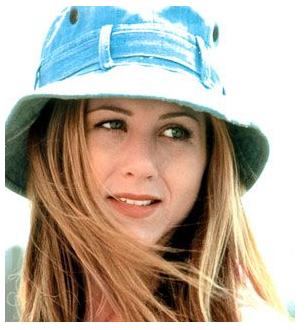 The former “Friends” actress had agreed to appear in a new issue of America’s Marie Claire magazine to promote latest movie ‘He’s Just Not That Into You’ but reportedly didn’t want Jennifer Connelly featured in the main photographs.

However, she was happy to pose alongside other female co-stars Drew Barrymore and Ginnifer Goodwin.

A source revealed, “She threatened to pull out if Jennifer was part of the cover. It was all about getting Jennifer Aniston front and center and looking as sexy as possible.”

Insiders on the movie set claim the two stars didn’t hit it off while working together.

An insider revealed, “There was no camaraderie between those two whatsoever. They didn’t seem like friends in the slightest.”

However, Jennifer Aniston’s representative has slammed the team-up rumors after insisting the two actresses became good friends on the movie and the magazine had requested she pose alone.

The representative revealed, “There is no drama whatsoever. Marie Claire wanted Jennifer Aniston alone. It was our idea to make it a group cover as Jennifer Aniston has a smaller supporting role in the film.”

The representative added, “The magazine only wanted to put three of them on the cover and definitely wanted Drew Barrymore. We recommended Ginnifer Goodwin because she is basically the lead role in the film. Jennifer got along great with Jennifer Connelly.”